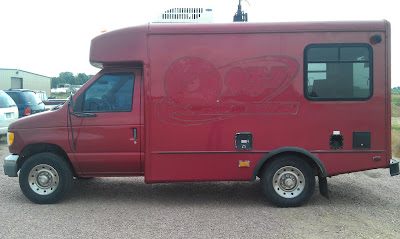 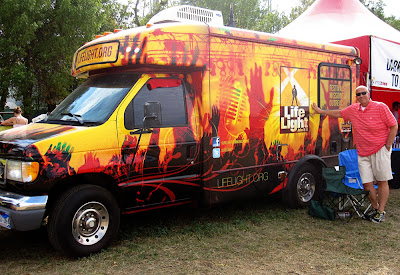 I thought I'd show you a recent project I completed as part of my work at Pizza Ranch. Pizza Ranch is a sponsor of LifeLight.  LifeLight is a Christian music festival held each Labor Day weekend near Sioux Falls, South Dakota and is attended annually by thousands and thousands of people.

This summer, an aging van/shuttle bus was donated to the LifeLight ministry. As you can see in the before pictures, it was not real attractive.

I got a bunch of photos from the LifeLight folks and was given the bus as a blank canvas so to speak. 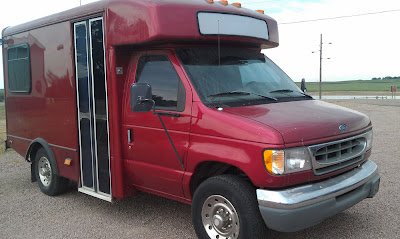 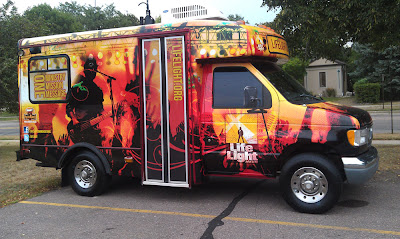 I used photos of the old van as a template for creating the artwork for the new look. I created all the graphics in Photoshop, and when the art was approved, all the files were sent to a sign shop in Sioux Falls that prints and wraps vehicles. I was really impressed with the job they did of wrapping the art so seamlessly. 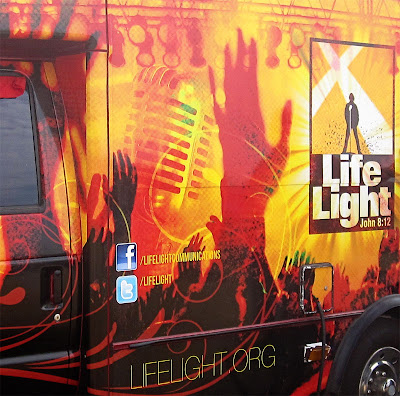 The LifeLight team will be using the bus throughout the year to promote various LifeLight events.
Posted by John Vander Stelt at 8:52 PM No comments: